My New Yorker pile may sit for months, even years, but I usually find something between the old covers.  Although I was looking for suggestions for audible books, I did not expect to get ideas from an article on Willa Cather or Adam Gopnik’s 2017 review of Ron Chernow’s historical biography, Grant.

Gopnik’s review of Chernow’s Grant did not inspire me to read the book; I’ll wait for the Broadway musical.  But his reference to “the funniest thing ever written about Grant…James Thurber’s “If Grant Had Been Drinking at Appomattox,” led me to the Thurber collection – The James Thurber Audio Collection, read by Keith Olbermann.  Thurber is one of my favorite humorists; I still have a copy of The Thurber Carnival from my college days.

If laughter is healing, this is great medicine.  The first essay – “There’s No Place Like Home” – first published in the New Yorker in 1937 – had me laughing through Thurber’s interpretation of a French-English Dictionary for travelers.  Who knew how funny it could be to hear a translation for asking for directions.  For my adventure loving travelers, the next story is called “The Bear Who Let It Alone.”  I’m looking forward to all the other twenty-two stories.

Touted as the book Cather considered her best, Death Comes to the Archbishop, was the focus of Mary Duenwald’s essay on a trip to New Mexico for a 2007 essay in the New York Times Travel section – Entering The world of Will Cather’s Archbishop.  The story follows

“Cather’s portrayal of Jean Marie Latour (her fictional name for the real-life bishop, John Baptist Lamy) paints a complicated but very romantic picture of New Mexico in the mid-19th century, just after its annexation to the United States…her book provides a realistic account of the bishop’s efforts to replace the lawless and profligate Spanish priests of the territory, his visits to a beloved Navajo chief, his friendship with the Old West explorer Kit Carson and his dream of building a cathedral in Santa Fe.” 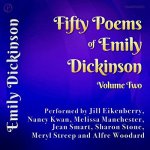 Dan Chiasson’s essay on Emaily Dickinson focused on a 2017 publication of the Envelope Poems, a small book similar to the handmade books the poet made as gifts.  Some of her poems, later found on backs of used envelopes, are included in the selection. Because the Envelope Poems include actual transcriptions of Dickinson’s handwriting, with facsimiles of her layout and her process (crossings-out, substitutions, etc.), the book is to seen more than heard.  However, reading the article – Emily Dickinson’s Singular Scrap Poetry – gave me a better understanding of the poet, and had me thinking how nice it would be to listen to some of her poetry.

Look for a Review: Type in the Title